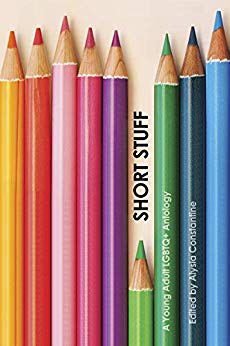 As the eldest child in his family, Tommy Hughes always felt the weight of responsibility growing up—to his mother, who depended on him, and to his kid brother and sister, who looked up to him. But during a summer vacation to the Michigan shore, Tommy chafes to break free and to start experiencing a series of firsts before embarking for the new world of college.

It could start anywhere…

At a summer vacation at the lake, just before heading off to college. In a coffee shop, when the whole world is new. In a dragon’s cave, surrounded by gold. At a swim club, with the future in sight.  In SHORT STUFF, bestselling and award-winning authors dial down the angst in four meet-cute LGBTQ young adult romances.

“The novel subtly and convincingly portrays the difficulties of openness and trust in the context of mental illness. …A Tiny Piece of Something Greater is a tender, compassionate look at learning to love another person and oneself at the same time.” 5 Stars, Foreword Reviews

Reid Watsford has a lot of secrets and a past he can’t quite escape. While staying at his grandmother’s condo in Key Largo, he signs up for introductory dive classes, where he meets Joaquim Oliveira, a Brazilian dive instructor with wanderlust. Driven by an instant, magnetic pull, what could have been just a hookup quickly deepens. As their relationship evolves, they must learn to navigate the challenges of Reid’s mental illness—on their own and with each other.

“Sierra (What It Takes, 2016, etc.) has created a very natural and psychologically astute portrayal of a romantic relationship, by turns funny, delightful, and painful….A lovely, finely wrought romance that reminds us that to truly love another, we must know our own hearts.”– Kirkus

In a last ditch effort to bring the downtown Detroit gastro pub he started with his late husband back to life, Asher Schenck fires everyone and hires a completely new staff. Among them is Tyler Heyward, a 23-year-old recent college graduate in need of funds to pay for med school. As their relationship shifts from business to friendship, Tyler falls for Asher and finds himself caught between the things he thought he wanted and the things he hasn’t allowed himself to dream about. Working together, they get to know each other’s dreams.

Idlewild is a story about love and healing set in the backdrop of Detroit’s revival. 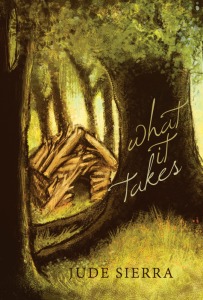 ... Sierra (Hush) uses rich characterization and lyrical writing to infuse this slow-building romance with depth, humor, and pathos. Readers will savor every dip and peak of Milo and Andrew’s relationship as they balance the need for safety with the necessary risk of pursuing happiness.” — Publishers Weekly

The connection was instantaneous. Moments after Milo Graham’s family relocates to Cape Cod, he meets Andrew Witherell—launching a lifelong friendship built on a foundation of deep bonds, secret forts, and plans for the future.

When Milo is called home from college to attend his domineering father’s funeral, he and Andrew finally act on their mutual attraction. But doubtful of his worth, Milo decides to sever all ties with his childhood friend.

Circumstances send both men home again years later, and their long held feelings will not be denied. But will they have what it takes to find lasting love? 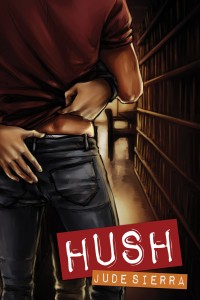 “In her debut novel, Sierra explores Cam’s emotional confinement and burgeoning self-discovery with poetic delicacy, as she does with Wren’s guilt and complete fear of relinquishing himself to the vulnerability of a relationship. Through a great deal of character exposition, Sierra skillfully captures the frustration of navigating identity and interpersonal relationships for those to whom it doesn’t come easy. The subtle twist of fantasy enhances the narrative while also complicating the notion of consent…it is a worthy read and a valuable addition to the genre.”~Library Journal

One secret can change everything.

Wren is one of “the gifted”—a college sophomore with the power to compel others’ feelings and desires. He uses his power as a game of sexual consent until Cameron, a naïve freshman, enters his life. As Cameron begins to understand his sexuality and gain confidence under Wren’s tutelage, Wren grows to recognize new and unexpected things about himself.
Will Cameron’s growing confidence finally break down Wren’s emotional walls, or will Wren walk away from his best chance for love?